Elemental is a new show produced by Family run Cornish Circus Theatre company Incandescence. The show is a 90 minute spectacular, which will be seen at the Gwangyang circus arts festival in South Korea this July/August over the one month run, we will perform the show 40 times.

Incandescence is led by artistic director staya Lapham, who is by the way, totally mega, I dont think she even slept whilst we were on production for this show, not only did she creativly direct the proceedings, but also designed the costumes as well as doing all the buying and much of the making, and practically dreaming the whole thing into reality. Despite being very tired and rushed off her feet, she was chirpy and cheerful throughout (occasionally sneaking off for a quick head in the hands moment) all in all though hats off satya!

Elemental is the story of young Mimi, who after being lovingly put to sleep by her mother, awakes to find herself in a fantasy land, full of flying sea creatures, firey acrobats and paradisical birds, she is led through this unexpected world by her two loving friends RoRo and RuRu, her favourite toys, that have magically come to life in this world of her dreams, all the while carefully watched over by queen Fifi, her adoring mother and also the ruler of this strange land, in which Mimi will spend only one memorable night.

Throughout her travels in this dream world Mimi is introduced to the four elements earth, air, fire and water, represented by a host of otherworldly creatures which sweep her up on the most grand adventure she will ever experience.

To find out more about the wonderful incandescence circus, the Elemental show and it's multitude of spectacular productions see HERE

We spent 10 days rehearsing this full blown spectacular in the Sennon Community hall, Lands End Cornwall, A record breaking achievement as a show of this scale would normaly take three to six weeks to produce. Sennon, a small town on the edgeof our island was, to say the least, an unusual place to be rehearsing a sizable international touring production. Most of the 28 cast and crew members were present for the final days of rehearsals in the hall, bar  6 Tanzanian acrobats who will join us in Asia, i'm very much looking forward to their high energy acrobatic style.

I play one of the two mischevious clown characters in the show, who come to life from Mimi's toybox as she awakes into her new world, Mimi, RoRo and RuRu quickly become friends never far from the watchful eye of Queen FiFi

Of course I couldn't go on such an epic trip without packing a certain Bunny Bunny with me, my adorable mascot, who sadly escaped to the cornish hills (probably for the best, given his wild origins) 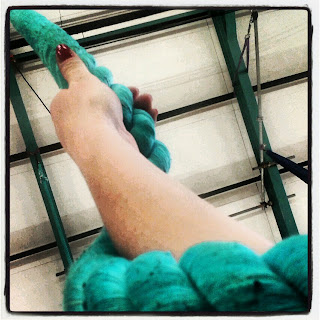 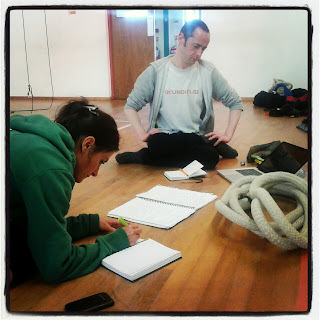 We had a super fun time, working on the clowning content for the show, with the fantastic Bex from Kneehigh Theatre co, she was an incredible director, and helped us to create plenty of clowning acts for this show in the short space of time which we had to rehearse, In the following pictures you can see Myself and Ruen (the two clowns) working with Charlie who plays the child in the show, exploring the elemental world. In the photographs we are making a boat on a stormy sea, as an introduction to the water scene, which is the first big element number in the show.

Charlie was absolutly amazing, a super talented young performer (only 14) and off to Korea for a whole month, to be looked after by clowns and sensible circus artists...he he
She was an inspiration and a pleasure to create this material with, and I'm sure she has a long performance career ahead of her!

Here are some images of the opening scene of the show;


So thats all for now on Elemental Its six weeks till we all leave for South Korea (plenty of time in which to forget everything we put together for the show, but we wont because we are very very clever x3) It's going to be an amazing experience, and i'm really looking forward to it... 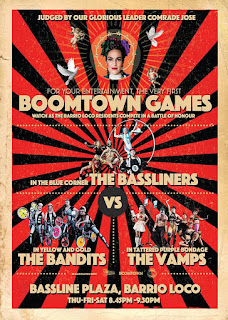 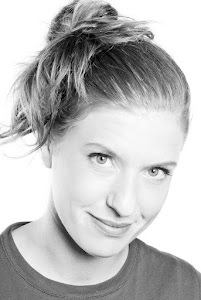